In 1987, Jake Wolfe reopened his truck stop restaurant and named it Jake’s Diner. Lyle Hicks, who had run the original restaurant for five years, continued to manage the new diner and watch it grow. In 2004, the Wolfe family decided to sell the truck stop that housed the diner. They gave Lyle the name and sold him the equipment and supplies. Lyle arranged with the new owners to lease the building for six months. 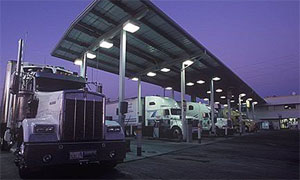 Lyle and his wife, Judy, reopened Jake’s four days after the sale with nearly all of the original crew. Four months later, they discovered a building in Bend’s eastside that was large enough and affordable and purchased the small Thai restaurant that it housed. Two months later, at the beginning of April 2005, Lyle, Judy, and crew along with members of the Hicks’ church moved the diner to it’s new home using pickups and trailers. On April 15, 2005, Jake’s Diner reopened on Bend’s eastside.

Since the reopening, the Hicks have seen Jake’s Diner flourish in it’s new location with the same great food and service that Bend residents had enjoyed in the previous location. They set up the deck for outside seating, started up a popular catering division, added a weekday lunch buffet, developed the new back room for meetings and group dining, and began holding various outdoor barbeques in the summer months.

They have also begun a plan to pay back the community that kept them alive during the transition from the old truck stop. Community service events include a Middle of Winter food and clothing drive, a continuous poker tourney to assist Habitat for Humanity, free or at cost catering to such organizations as Volunteers for Medicine, American Legion, Sheppard’s House, Vietnam Veterans of America, the Bend Police and Fire Department, the Red Cross, Central Oregon Veterans Outreach, and others. 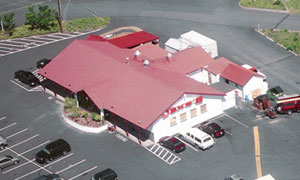 In 2007, Jake’s was honored as the Bend Chamber’s February Salute to Commerce Award, was named “Bend’s Best Breakfast” by the popular web site, BendOregonRestaurants.com, and was nominated for Distinguished Small Business of the year. In 2009, Jake’s received the Distinguished Small Business of the Year award.  Later that same year, Jake’s recieved the Neighbor  Award from the Oregon Restaurant Association and was a finalist for the same award from the National Restaurant Association.

In 2012, Jake’s was honored by the City of Bend in a special ceremony at the city council chambers and was the recipient of the American Red Cross Heroes award for their service to the community.

In 2015, Judy and Lyle were honored as the Grand Marshalls of the Bend Christmas Parade.  They were escorted through the parade by the Bend Band of Brothers.