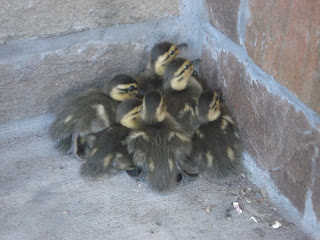 I showed up around four or so Sunday afternoon to help Casey close up. We did the walk through, set the alarms, and were locking up the door when I heard a sound. Looking down into the corner, I found a whole family of ducklings right where their mother had left them. Evidently, she felt that was a safe place to leave them. 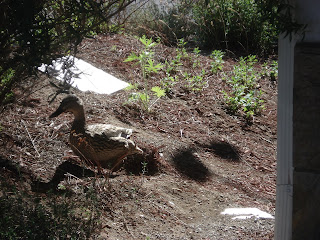 I left for a while but came back to see if the babies were still there. I figured that if they were maybe something had happened to the mother. When I arrived I found the mother coming through the raised garden in front of the entrance to the diner. 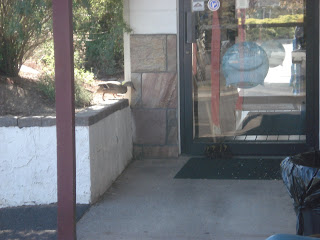 I sat down on the bench and watched as the mother duck came over and called for her babies. The babies perked up and headed over towards her. 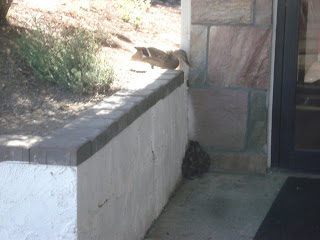 Try as they may, the babies could not jump up to be with their mothers. So, while I sat there, the mother duck jumped down and collected her chicks. I videoed that part but it became too big of a file to upload effectively. It became a very enjoyable finish to the day.