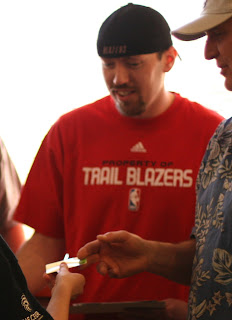 Ezra is Izac's dad. I have known Ezra for a few years and our kids have played together for the second year in a row. Frank joked that when he first met Ezra, he thought he was one of the kids. His reasoning there was Ezra's dress. Blazer jersey, baggy shorts, and his Blazer hat on backwards. Frank jokingly named him is defensive coordinator. Ezra would get right down with the kids and has some pretty good skill of his own. 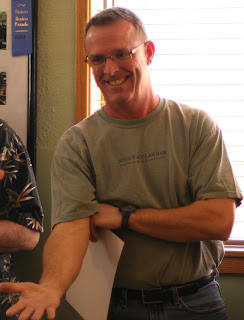 Sam is Jake's dad. I have known him since football when he was an assistant coach of the Jake's diner Chargers. Sam was the co-coach of the Bend High developmental team that Jay played on also. Sam has a very positive attitude and is very athletic. Frank and I were both surprised to find out that he was just a few years younger than us. We gave him the name of offensive coordinator although for a few weeks when Frank was hurt, Sam took over the team. 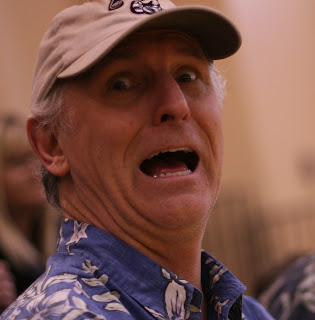 Frank, my best friend and co-conspirator on many fronts. I have always know his ability to relate to kids and his basketball skills and watched him coach his kids teams in earlier years. As head coach, Frank got right down to the kids level and explained what he was doing in ways that as I coined latter "put the fun in fundamentals". 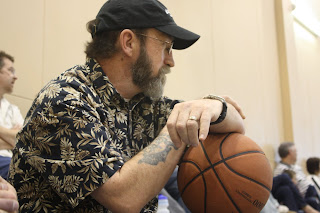 Me....the general manager and team owner (in a way). I know that I am not a coach but I love kids and especially one particular one that I would do just about anything for.

The Team, I will give you their nicknames first: 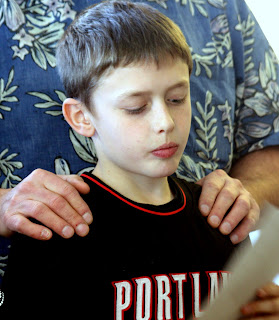 The best way to describe Izac is natural. He seems to just 'be the ball' in a way. He can drive, shoot, rebound, and defend better than most. Teams that don't know him can easily be lulled by his size and ease of play...then he slashes to the middle and scores amongst players twice his size. Others who knew his skill , collapsed in on him leaving others open and Izac would find them for a sometimes easy assist. 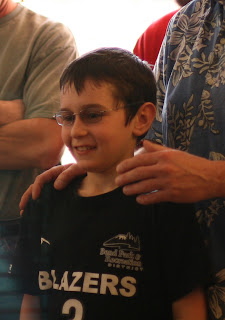 Scotty is the smallest on the team but has one of the biggest hearts. His scrappy defense where he was all over his counter part earned him not only his nickname but became the name for the defensive mode that we employed our team to use. He also had a very sweet shot when he got open and had someone pass the ball to him 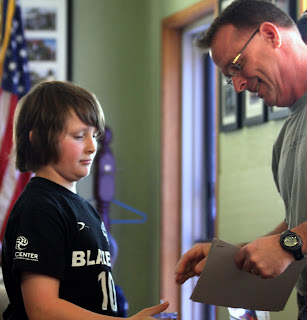 Micah played with allot of passion. While he at times was distracted by that same passion, he had an incredible knack for cutting away from his defender and hitting some pretty good shots in our games. We could always count on Micah for points when needed. 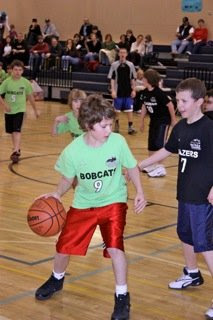 You got to love Kurt's attitude. He is always smiles. He could step in front of a pass and drive back down the other way and never let that infectious smile on his face lag. He was hard on defense and made some pretty good shots for us. Frank noticed something outside of that big smile, however, as when Kurt would miss a basket, even with the smile on his face, he would give a guttural growl as he ran back down the floor. 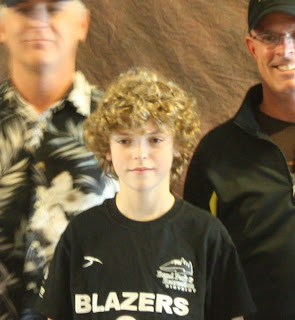 I also name him Carrot top as his hair although blond reminded me of the well known comedian. Russel's energy was unsurpassed. He would give you his all at all times and if the ball was close to him, he was right there on it. In one game, when we were short handed, Russel was a key in our win that week. Unfortunately, Russel missed the last few games and his team missed his smile and hard work ethic. 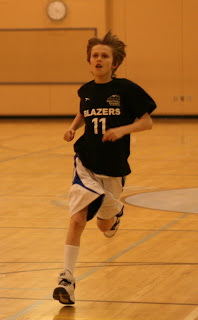 Sam's son, Jake was given many names before we stuck with this one. He was a force for the team both on offense and defense. He got his nickname from his drives down the court in some of the games. You could see the intensity and see his brain working as he drove down the court. But sometimes he was ahead of his own thoughts and just like Wiley, found himself crashing on the court, onetime even sliding down on his elbow and having to come out to get himself bandaged back up. 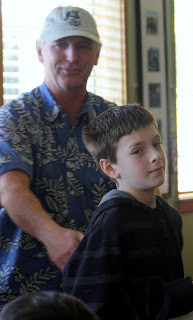 The first practice, I wasn't sure that Marcus wanted to be there. I later realized that he just did not know much of the others. Marcus was by far the most coach able boy on the team. He absorbed whatever you told him and did exactly as he was told. He really started to excel when we made him point guard and ended up being our best man at that spot. In our last game, he got stuck in the middle of the key. He could not find a man to pass to so he curled around his defender and flipped the ball into the basket in a heady play that few his age could accomplish. Bottom line, Marcus was a thinker. 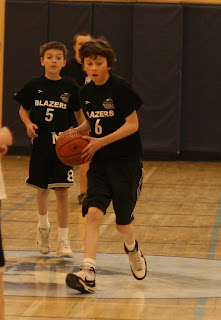 I loved this boy. Maybe cause I felt I could relate to him. He was quiet on the outside but I felt their was more there inside than met the eye. I knew I was right in the last week of practice when his team won a competition that Frank had set up. Miles was so excited that he pumped his fist high into the air. In our last game, Miles got his first shot and you could see the excitement in his eyes. I never saw it but the parents told me of a leap in that last game that was unbelievable. I truly believe that if Miles puts his mind to it, he could a player in his coming high school years. By far our best improved player. 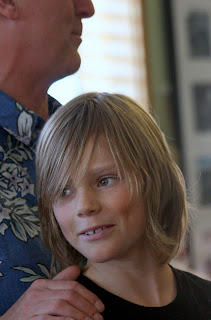 Whenever he was close to the ball, there was an explosion of energy. In one game, he actually flipped one of the larger players from the other team over his back trying to get the ball away from him. In the halftime of the last game, he said, "I just want to make one basket". "OK, Hawk, get the rebounds. That will be your best chance of getting that shot". Haaken became tenacious on the boards and soon had his put back basket. His hand shot high into the air with explosive excitement. 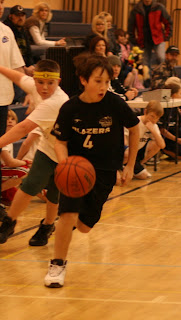 I know I am bias here but when the team heard the nick name, no further description was needed. They all yelled out, "Jayden"!. I am so proud of Jay's play. He has incredible natural skill and does not get over excited on the court just plays hard. His game is very well rounded and he can play any position with flair. In one game against a much taller defender, Jay was blocked when he went up for a shot. He was on the bench shortly after and I called him over. "You can juke that guy, I know you can". "Yes, papa", was all that he said. The next time in he did just that, faking him and getting him off of his feet allowing Jay to drive around him for an easy lay up. Soon afterwards, he did the same and when another defender left his man, Jay found the other teammate who made another easy lay up. That night at supper, I was bragging how Jay juked the bigger player. Without looking up from his food, he merely said, "Papa, it is called a pump fake".

There you have them...the Jake's Diner Blazers. A team embedded in my heart and mind. 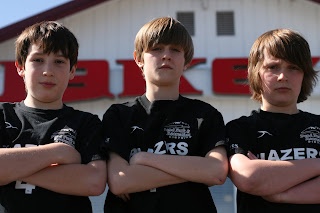